Noise, is a form of oscillation of mechanical bodies at higher frequency than 20Hz. Noise is the unwanted form of sound that we hear. Interpretation of noise varies from one individual to another and very much dependent on the loudness of the sound.

Sound is produced through vibration of objects and reaches our ears as waves (compressions and rarefactions) in the air or through other media. Air pressure generated by the vibration of the object changes into waves as they travel through the air to produce the sound. These air pressures variations are converted into mechanical energy by the middle ear, subsequently moving microscopic hairs in the inner ear, which in turn convert the sound waves into nerve impulses. Sound that is loud enough to damage hearing or caused annoyance is unwanted and, therefore considered to be noise. 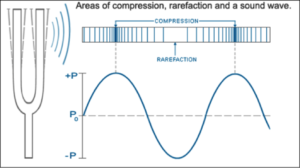 How we hear noise?

The ear can be divided into three parts: the external/outer ear, the middle ear, and the inner ear. The ear will gather, transmit, and perceive sounds from the surrounding through three stages: 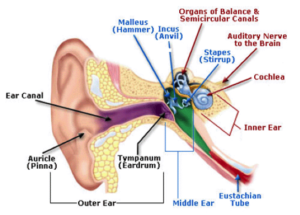 How to measure noise?

Three aspects of noise are used in assessing the community noise environment:

Noise is one of the most common occupational health hazards. In heavy industrial and manufacturing environments, consistent loud noise generated by the machineries and work can induced permanent hearing loss. In offices and schools, noise can be a form of annoyance, nuisance, stress and interferences to speech communications and learning. As such, effects of noise on people can be classified into three general categories:

Loud noise can affect your sleeping pattern, which may lead to irritation. Without a good night sleep, it may lead to problems related to fatigue and health problem such as cardio-vascular disease and stress related heart problems. High decibel noise can also interfere in our daily communication that may lead to misunderstanding between two persons. Constant exposure to sharp noise can also lead to severe headache and disturb your emotional balance. There is good evidence, largely from laboratory studies, that noise exposure impairs performance.

As noise is sensed by the hearing organ, loud intensive noise may result in a proportional reduction of sensitivity of the hearing organ depending on the duration and intensity of the noise. If the noise persists at an intensive state, an irreversible loss of hearing (Bradyacusia) may occur characterized by a constant varying threshold.

A continuous eight hours of 90 dB noises can cause damage to the ears. An exposure to a 140db noise will result in immediate ear damage. Any noise that affects the audacity of a conversation and resulting in the need to raise the voice often serve as a rule of thumb that the noise is too loud (~85dB) and can possibly cause hearing loss.

To find out more about the facts of hearing loss, refer to here.

Background or low-level noise often disrupts people’s concentration and affect their learnings. Research has suggest that noise-induced stress may decrease dopamine in the prefrontal cortex (where the hormone controls the flow of information from other parts of the body). Stress resulting from the background noise may then decrease brain functioning and thereby impairing learning and memory.

A study conducted at the University of Wisconsin-Madison by Brianna T. M. McMillan* and Jenny R. Saffron found that too much noise can affect children both cognitively and psycho-physiologically, as seen in more negative school performance and increased levels of cortisol and heart rate. By reducing background  (e.g. turning down the volume of home entertainment system) or highlighting important information, it can help children in learning even when there is background noise.

How to control noise?

Noise pollution and nuisance can be effectively controlled by taking the following approaches:

For individual subjecting to noise nuisance or pollution, ear-protection aids like earplugs and earmuffs, can be used to reduce noise exposure.

Strict and effective noise regulations need to be enlisted and enforced to curb the menace of noise pollution. Individuals or businesses that create noise output above the regulated noise level should be reported to the relevant authorities to be dealt with. Noise measurements and recordings can be taken at the respective site to be submitted as possible proof of the noise nuisance or pollution created. Refer to our noise nuisance recording service page for more information.